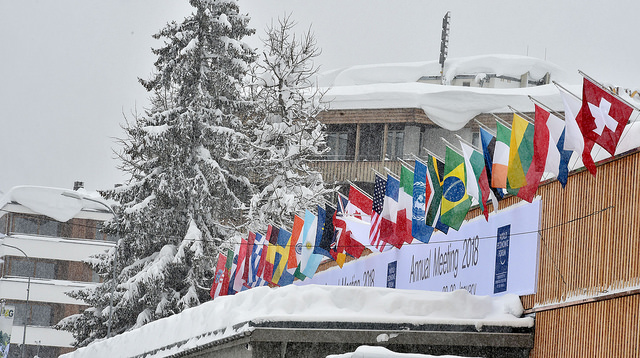 Why blockchain is dominating discussions in Davos

One technology topic here towers over all others: blockchain. It is bigger than artificial intelligence, social media, robotics or anything else. Every year, more and more companies descend on this small Swiss ski village to show their leadership and pitch their services. This action around blockchain (the technology behind cryptocurrencies such as bitcoin) is striking.

What a change from two years ago. Back in 2016, a Wall Street Journal reporter asked me for my technology predictions for the near-to-mid term. I said blockchain would change our lives in the next 20 years as much as the Internet has changed our lives in the past 20 years. The book that I wrote with my son Alex, Blockchain Revolution, hadn’t been published yet. Bitcoin was trading for $100 and ethereum was still little more than a University of Waterloo dropout’s science experiment. The reporter was dubious. So were many others.

In 2017, the same reporter interviewed me and admitted blockchain was beginning to generate a bit of a buzz, albeit most of it centred on the financial industry and bitcoin. I agreed with him, and said bitcoin was just an early application of blockchain, like e-mail was an early app of the old internet. I bet him 2018 would be the year blockchain was one of the hottest Davos topics.