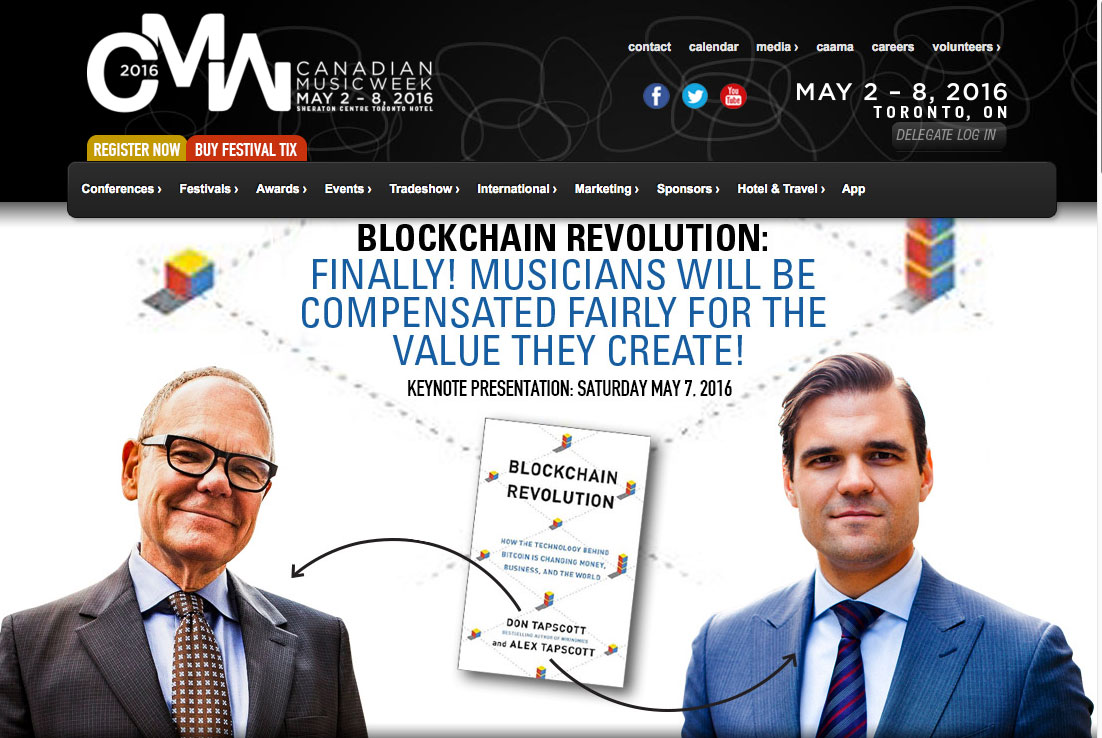 Don and Alex Tapscott have been asked to keynote Canadian Music Week, May 2-8, in Toronto, Canada. Now in its 34th year, Canadian Music Week is recognized as one of the premiere entertainment events in North America focusing on the business of music. The Canadian Music Week festival spans 7 nights of performances, with hundreds of showcasing bands at more than 40 live music venues in downtown Toronto.

With the first era of recorded music, artists were beholden to the Record Labels who took most of their value. With the digital revolution, artists had so give up even more to big technology companies like Apple or big streaming companies like Spotify – not to mention seeing their art downloaded from unauthorized sites for free. This is all about to change as the Internet enters a second generation, based on blockchain technology. This father-son collaboration describe a new vision for the industry — not only an idea, but now being implemented by artists like Imogen Heap. What is the blockchain? How can artists be fed first, and what are the challenges to get there? How can progressive music industry executives join in?