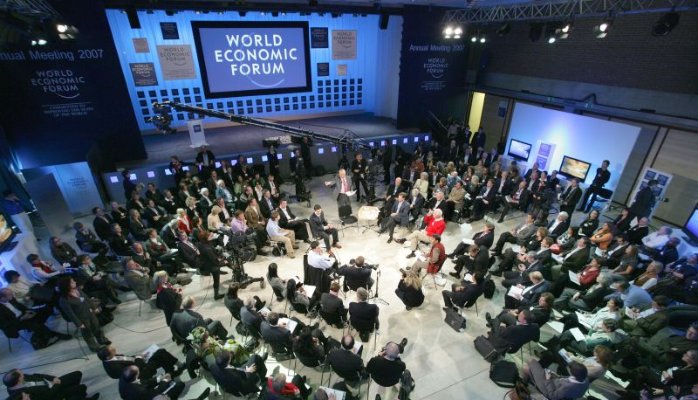 Davos 2015: Can the World’s Problems be Solved?

Davos: Against a disturbing global backdrop that includes ongoing hostilities in Ukraine, the crashing of oil prices, a global jobless recovery and the recent slaughter at Charlie Hebdo, more than 2,500 delegates will squeeze into the small ski resort of Davos, Switzerland – population 11,000 – for the World Economic Forum annual meeting. The theme of this year’s event is “The New Global Context.”

I’m attending as part of the Davos faculty and will also report daily on interesting developments here and on twitter. Given the Swiss National Bank’s decision to pull the plug on its strategy of tying the franc to the euro, I’ll be watching my entertainment budget carefully!

There is a lot for delegates to discuss as the world increasingly conflicted, unequal and unsustainable. Last week, the Forum released its Global Risks 2015 Report where it identified top dangers, including extreme water crisis, massive unemployment and the failure of national governance systems. The biggest threat to the stability of the world in the next 10 years comes from the risk of international conflict.

“Twenty-five years after the fall of the Berlin Wall, the world again faces the risk of major conflict between states,” said Margareta Drzeniek-Hanouz, lead economist, World Economic Forum. “However, today the means to wage such conflict, whether through cyberattack, competition for resources or sanctions and other economic tools, is broader than ever. Addressing all these possible triggers and seeking to return the world to a path of partnership, rather than competition, should be a priority for leaders as we enter 2015.”

Established in 1971, the Forum prides itself on being an impartial platform for transforming dialogue into insights, insights into agendas and agendas into action.

“Such co-operation, to address the challenges we all face, is more vital than ever before. But it requires mutual trust. My hope is that the annual meeting serves as the starting point for a renaissance of global trust.”

The Forum is often accused of being elitist, and four decades ago such criticism had merit. In the early years only a super strata of business and governmental elite were invited. To be sure the world’s elites are attending the event, but there will be many representatives from international organizations, civil society, cultural and spiritual leaders, academia and the media. All points of view are welcome.

More than 100 of the Forum’s 280 sessions will be webcast live so that anyone with Internet connection can watch and listen to the proceedings. You don’t have to be in Davos to get access to important debates.

Examples of discussions and the extraordinary array of participants include:

Repercussions of climate change: As the world prepares for another round of post-Kyoto climate negotiations, what are the chances for success at the climate meeting in Paris? And how can the private sector contribute? Participants include Christiana Figueres, executive secretary of United Nations Framework Convention on Climate Change, Peruvian President Ollanta Moises Humala Tasso and former U.S. vice-president Al Gore.

Pandemics and health: As the outbreak of Ebola has shown, combating the spread of viruses is still a worldwide priority. At the same time, non-communicable diseases such as diabetes are becoming the world’s biggest silent killer. What can the world do to ensure global health going forward? Participants include Kofi Annan, former Secretary-General, United Nations (1997-2006), Margaret Chan, Director-General, World Health Organization (WHO), Alpha Condé, President of Guinea, Ibrahim Boubacar Keita, President of the Republic of Mali, and Peter Piot, Director, London School of Hygiene and Tropical Medicine.

The new energy context: As energy prices are dropping to five-year lows, what are the short- and long-term effects on the world? What does it mean for growth in emerging economies and the impact on climate change? Participants include Saudi Aramco president and CEO Khalid al-Falih, General Motors CEO Mary Barra, OPEC secretary-general Abdalla Salem el-Badri, Petroleos Mexicanos CEO Emilio Lozoya and Total president and CEO Patrick Pouyanné. The Forum has shifted over the years from being a convener of meetings to a think tank and has now become what you might call a do-tank. It has dozens of initiatives to build networks of not-for-profits, governments and business to bring about change in the world. Davos is not so much a big schindig, but rather an intervention in that process. Will something happen that can change the course of things in the world? Stay tuned.