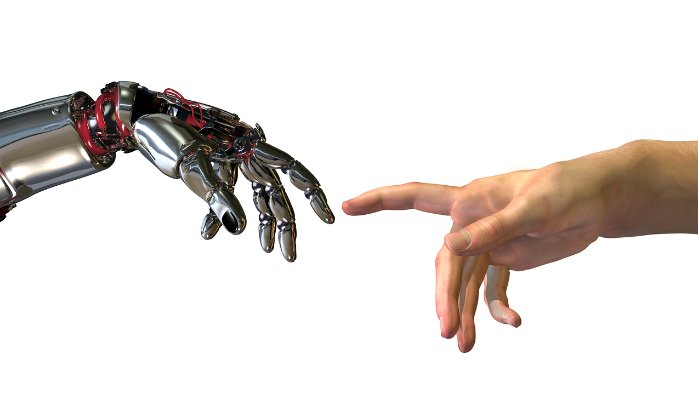 Davos: Do you agree or disagree that in the future we will think “Inserting radio-frequency identification in our babies’ bodies is as normal as vaccination”?

This is just one of many provocative questions put to the participants in a spirited Davos session entitled “What Future Do You Want?”

Emerging technologies have the potential to reshape us as individuals, organizations and societies. How this will unfold depends on technological developments as well as on human choices which are driven by values, aspirations, imagination and the context we live in.

This session was organized around the work of the Forum’s Strategic Foresight group.

The reality is that the digital revolution is not going as well as many of us had hoped. The promise of new technologies has come with substantial peril.

The president of a European country described a factory that once employed 12,000 workers but now has less than 20 employees. Another participant cited Kodak’s death and Instagram’s birth. The former American manufacturing giant withered into bankruptcy in 2012. At its peak it had 145,000 employees. When Facebook bought Instagram for US $1billion, the startup had 13 employees. It now has 57.

Digital technologies should bring us together to deal with issues such as climate change and wasteful energy use. Instead we are being fragmented, to the point that something that is a scientific fact – climate change – is not accepted by vast swaths of the population. Many natural resources are now being consumed by digital technology, such as massive power-hungry data centres used by companies such as Google and Amazon.

It was a lively session, and delegates were asked to vote on of dozens of assertions such as the baby radio frequency question above. Other assertions included: “Emotionally intelligent robots are part of our society” and “Work is no longer a source of social recognition or status.”

At the end I was asked to summarize the discussions and what should be our guiding values.

The first value was respect for the human condition. We need to create the conditions where people can be autonomous and self-actualizing. Humans require a sense of purpose. It’s not good enough that everyone would have a guaranteed annual income. Financial security is required, but people also need work.

Dismissing unemployment as Schumpeter’s creative destruction and that new industries and jobs will be created isn’t good enough. The new industries won’t generate the many jobs needed.

We also need to ensure people’s well-being and that we have in place effective measures such as a social safety net and health care.

The second value is that we need institutions that act with integrity. They need to be honest and considerate of the interests of their stakeholders, and that includes society at large. Corporations, for example, should not externalize their costs by pumping toxic chemicals into our air and water.

Acting with integrity also means being accountable. This includes media organizations, which should assist public discussion. The media should not just focus on making a profit by being sensationalist and having outrageous points of view.

The third value is inclusion. Everybody needs to be involved. This requires a multiplicity of players and that we embrace diversity. We need multi-stakeholder approaches. No segment of society acting alone can fix what is ailing our world.

The fourth value is interdependence. Business cannot succeed in a world that is failing. A minister from a Latin American government asked: “Who gets to decide our future? It can’t be decided just by corporations or voters. We need more complex multi-stakeholder decision-making models.”

The fifth value was leadership. We are at the end of the industrial age and need leadership to develop a new game plan for the digital future. The shift from Agrarian Age to the Industrial Age brought about a set of new institutions to help society cope and prosper. This included the creation of public education, creation of a civil service and a wide array of regulatory agencies, creation of a social safety net, and so on. We aren’t doing anything equivalent today. We should be.