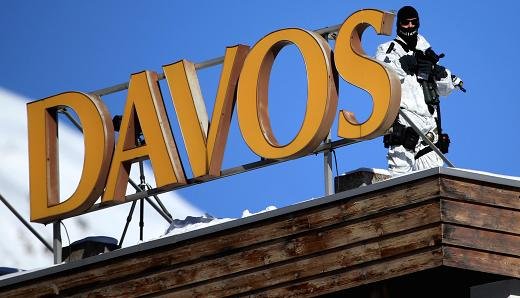 Davos: There is much discussion of global risks this week at the World Economic Forum Annual Meeting, and illustrating today’s volatility, the biggest threat to the stability of the world was not even on last year’s list — international conflict. That is the conclusion of the World Economic Forum’s 10th edition of the Global Risks report, released in conjunction with the annual Davos gathering.

But don’t just think of Russian troops in Ukraine. Think also of North Korean hackers pillaging the Sony computer systems. In 2015, conflict can take many forms.

“Twenty-five years after the fall of the Berlin Wall, the world again faces the risk of major conflict between states,” said Drzeniek-Hanouz. “However, today the means to wage such conflict, whether through cyberattack, competition for resources or sanctions and other economic tools, is broader than ever. Addressing all these possible triggers and seeking to return the world to a path of partnership, rather than competition, should be a priority for leaders as we enter 2015.”

Such conflict is seen as more likely than extreme weather events, failure of national governance systems, state collapse or crisis, and high structural unemployment or underemployment.

But in terms of impact, water crises are the greatest risk facing the world. Other top risks include rapid and massive spread of infectious diseases, weapons of mass destruction, and failure of climate change adaptation.

What is striking about this year’s report is the extent to which geopolitical risks, having had a low profile in recent years, are again looming large. The risk landscape also shows concern over the world’s ability to solve its most pressing societal issues, as societies are under threat from economic, environmental and geopolitical risks.

The Forum’s annual risk report does more than just catalogue what ails society. It also examines the interconnections between risks, as well as how they interplay with trends shaping the short- to medium-term risk landscape. With respect to urbanization, for example, the report considers how best to build sufficient resilience to mitigate the challenges associated with managing the world’s rapid and historical transition from predominantly rural to urban living.

“Without doubt, urbanization has increased social well-being. But when cities develop too rapidly, their vulnerability increases: pandemics; breakdowns of or attacks on power, water or transport systems; and the effects of climate change are all major threats,” said Axel P. Lehmann, Chief Risk Officer at Zurich Insurance Group.

Of course, cataloguing the world’s risks is a bit of a moving target. Since the survey was conducted, many unexpected events have occurred. The price of oil has plunged, and the euro’s health has become less certain. Top of mind is Greece, with the leftist anti-austerity Syriza party leading in polls running up to this weekend’s national elections. These and many other factors will make for interesting discussions.