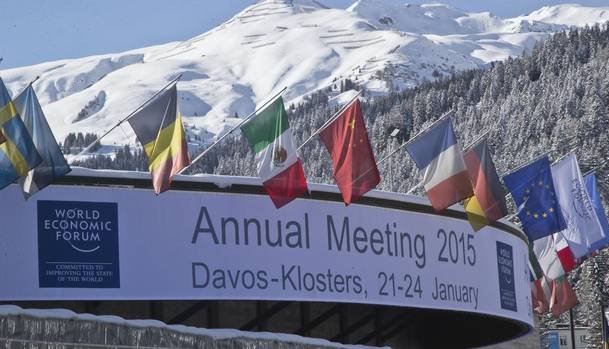 Davos 2015: Wealth Inequalities and the Collapse of Trust

Davos: Undoubtedly timed to the opening of the World Economic Forum annual meeting in Davos, a new report by Oxfam says the richest 1 percent of people in the world will have a majority of the wealth on the planet next year.

“The scale of global inequality is quite simply staggering,” says Winnie Byanyima, Oxfam’s executive director and a co-chair of this year’s Davos meeting. In 2014, the 80 richest people had a collective wealth of $1.9-trillion (U.S.) – a rise of $600-billion or about 50 percent in four years. The report is provocatively titled Wealth: Having It All and Wanting More. “Despite the issues shooting up the global agenda, the gap between the richest and the rest is widening fast.”

The report is a perfect preamble to the Davos meeting, the theme of which is The New Global Context. The World Economic Forum’s founder and executive chairman, Klaus Schwab, says the theme of the program is designed to be one of optimism and not despair.

“Pessimism has become too much the zeitgeist of our time,” Mr. Schwab said during a pre-event news conference. “So we will explore what are the fundamental forces at work technologically, socially, economically which require new dimensions for our decision making, and here I think we should particularly concentrate on the opportunities, and not only on the threats.”

To me, Europeans tend to be much better than North Americans at understanding the forces at play as societies evolve. Europe has been involved in nation building and economic development for many centuries more than its North American counterparts.

Sebastian Buckup is a director with the World Economic Forum. In material prepared for the Davos meeting, he argues that the new global context must be understood as a loss of trust in progress, the market and the nation state. These three factors enabled the rise of the West and are now enabling the rise of the West’s competitors. Ascending challengers are pitted against struggling incumbents.

Progress isn’t what it used to be. Mr. Buckup writes: “in the past, greater productivity led to the creation of new and better jobs; today, economists worry about the polarization of labour markets into a few winners and many losers. This is bad news for a planet that will reach a population of nine billion people, limited resources and fragile ecosystems.” If technological change is not seen to benefit everyone, this puts political, social and economic stability at risk. We are a world that is both moving closer together and drifting further apart.

Second, we are also losing trust in the ability of markets to equitably share wealth. The development of countries in Asia, Latin America and Africa is a tribute to the power of the market. China has grown year after year by more than 9 per cent, freeing millions from poverty. India reduced poverty rates to 20 per cent from 50 per cent in just two decades. Many of the fastest-growing economies are now in Africa.

Despite this enormous progress, the gap between poor and rich has grown significantly for most of the world. Inequality in China is 50 per cent higher than before its reforms, higher than in the economies like Great Britain and the U.S., and up to double that of social market economies. Worldwide, seven out of 10 people live in countries where inequality has grown over the past three decades.

“A severely skewed income distribution harms the pace and sustainability of growth over the longer term,” warns Christine Lagarde, managing director of the International Monetary Fund. “It leads to an economy of exclusion and a wasteland of discarded potential.”

Finally, Mr. Buckup writes, we are losing trust in government. “The Reformation, the Enlightenment, the Industrial Revolution – disruptive change in modern European history has been driven by informal networks that undermined traditional power structures. Steamships and trains transported not only goods, but also powerful ideas including liberalism, socialism and nationalism.”

Today, all states face pressure from new informational, commercial and social networks. Networks can empower people, unleash creativity and spur change, but they can also sow discord, instil factionalism and spread confusion. They can not only bring tangible benefits to millions through higher growth and living standards, but also amplify crises and increase volatility and instability. “Mitigating the risks of a networked world without compromising the benign self-organizing capacities of networks is the holy grail of a sustainable political order in the 21st century.”