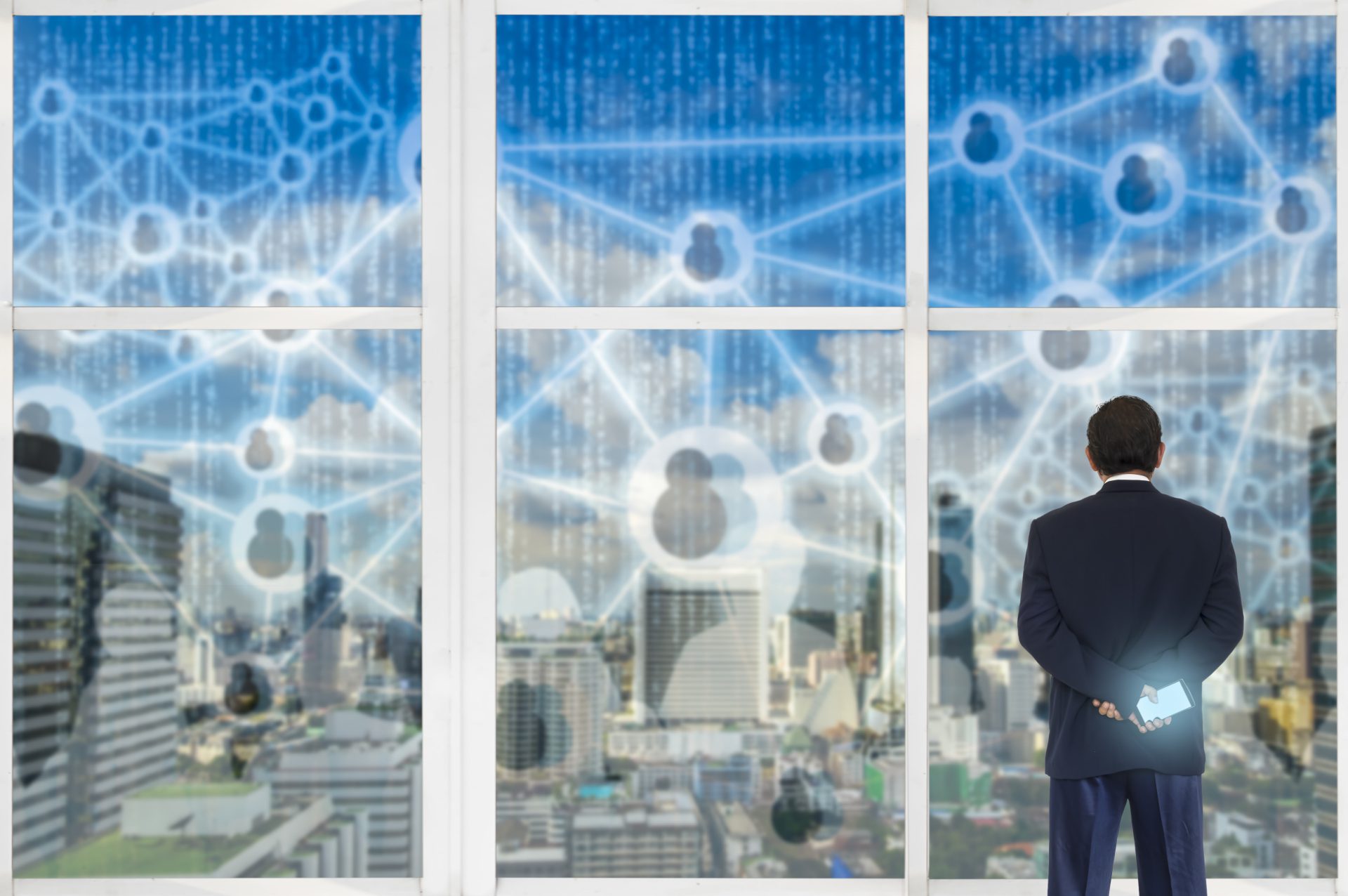 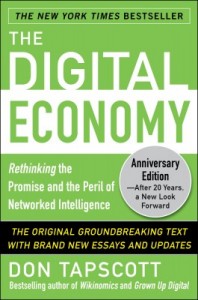 Rethinking Promise and Peril in the Age of Networked Intelligence

It was the fall of 1994 when Don Tapscott released The Digital Economy – arguably the first best-selling book about the Internet. The book hit the charts quickly and lasted, for example 7 months on the BusinessWeek best sellers list.

The Digital Economy changed thinking about the Internet globally, and was translated into over two dozen languages. While everyone else was beginning to talk about “web sites” and dot coms, Tapscott argued correctly that the Internet would have a much deeper impact on the nature of corporations, government and every institution in society.

The book coined important terms today like networked intelligence, internetworked business, Prosumption (turning consumers into producers), the molecularization of the enterprise, dis-intermediation and its flipside re-intermediation. It was the first book to raise the writings of Nobel Prize economist Ronal Coase and key to understanding the meaning of the Net. Tapscott’s analysis is was profound about how the Net changes everything from healthcare, manufacturing and travel, to education, government and the converging industries of content, computing and communications. His warnings of the coming challenges to privacy are prophetic and discussion of new models of leadership disarming. Even today governments around the world are building and implementing their Digital Economy Strategy.

In this new edition, Tapscott updates the book with a sweeping new analysis of how the Net (as he called it then) has changing business and society in the last 20 years. He leaves the original text untouched for historical purposes and scrutiny, writing a dozen new sections placed in the context of two decades of transformation.

Anyone who cares about the promise and peril of the digital revolution on business and society will find this new edition enlightening.

Praise for The Digital Economy:

“The new economy is all about competing for the future . . .the ability to transform businesses into new entities that yesterday couldn’t be imagined and that the day after tomorrow may be obsolete. If thoughts like that scare you, then The Digital Economy should be on your ‘must read’ list.” The Wall Street Journal

“Cyberguru to numerous Fortune 500 companies, Tapscott has packed his book with stories about businesses that succeeded–and others that failed in getting wired. The Digital Economy will be big among information technocrats, but the book is cogent enough to deserve a larger audience.” Wired Magazine

“With the publication of his earlier work on information technology, Don Tapscott established a reputation as one of the world’s leading ‘cyber-gurus’. His new book will provide fresh insights into a field in which he has become an expert: the ways in which the Digital Revolution can change the way we live, learn, work, and communicate.” Former Vice President Al Gore

“For the business leader overwhelmed by the bombardment of disjointed facts, misinformation, and hype about the digital revolution, Don Tapscott’s book is a godsend and it’s fast-paced and interesting reading to boot.” Dick Notebaert, Chairman Ameritech

“A fascinating and sobering look at our undeniably digital future. The book is a timely and incisive assessment of the digital revolution: how we got where we are today, where intelligent networks will take us in the future, and most importantly, why it matters.” Gerald H. Taylor, President MCI Communications Corporation

“If you plan to be alive during the next decade and want to understand the world you’ll be living in, you should definitely read this book. It will scare you and excite you. Best of all, it will teach you how to succeed in a dramatically different environment.” Lewis F. Platt, Chairman, President, and Chief Executive Officer Hewlett-Packard Company