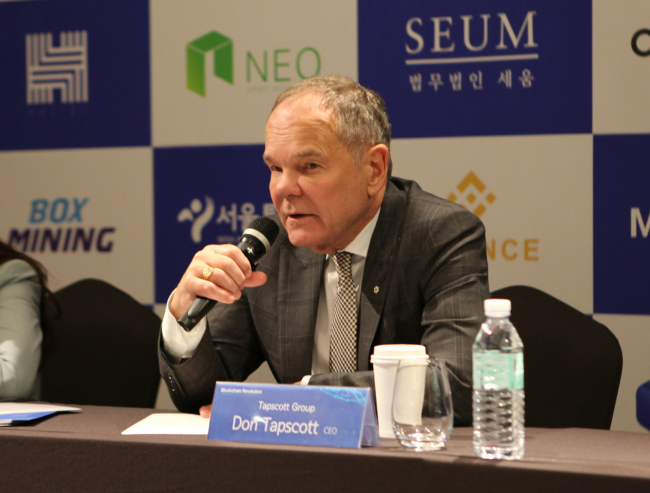 Blockchain expert Don Tapscott called on the Korean government to take a “smart and sensible” stance while regulating cryptocurrencies, adding heavy-handed moves like an outright ban on initial coin offerings could hinder the development of blockchain technology and “crush and destroy economies for decades.”

“There are two ways the government can regulate cryptocurrencies,” Tapscott told reporters at a press conference held during the “Blockchain Revolution: Convergence with Traditional Economy” forum in Seoul on Jan. 17. “There are heavy-handed regulations by dictators and undemocratic countries that seek to ban cryptocurrencies and ICOs and there are approaches taken by smart democratic countries that want to build an innovative economy.”

“In the case of Korea, it’s not clear which way the country will go. But there is an optimal and correct direction. It’s not that complicated.”

Read the full article on The Investor