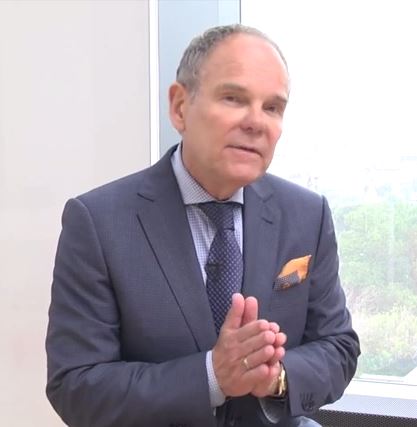 The Rise of New Institutional Models and Architectures

Smart organizations are encouraging, rather than fighting, the heaving growth of massive online communities, many of which emerged from the fringes of the web to attract tens of millions of participants overnight. Even ardent competitors are collaborating on path-breaking science initiatives that accelerate discovery in their industries. Indeed, as a growing number of firms see the benefits of mass collaboration, this new of way organizing will eventually displace the traditional corporation as the economy’s primary engine of wealth creation.

As the Internet drops transaction and collaboration costs, we are beginning to see a change in the deep structure and architecture of most institutions in society. Take the case of the corporation: it has long been noted that the traditional vertically integrated corporation is a paradoxical beast. Capitalist titans such as Henry Ford would champion the marketplace’s virtues, yet their corporations functioned like planned economies.

For decades these corporate fortresses triumphed over competitors, but no longer. The monolithic, vertically integrated company is beginning to falter against more lithe competitors. Smart companies are making their walls increasingly porous. They use the Internet to open up and harness knowledge, resources and capabilities outside their boundaries. They set a context for innovation and then invite their customers, partners and other third parties to co-create their products and services. In most industries, companies innovate and perform better by creating networks or business webs.

We have to go back to the work of Nobel laureate economist Ronald Coase to fully understand what is happening. In 1937, Coase looked at vertically integrated corporations and asked: “why do firms exist?” after all, the marketplace was the best mechanism for allocating resources, why weren’t individuals acting as individual buyers and sellers, rather than gathering in companies with tens of thousands of other co-workers? Coase argued that the answer was transaction costs, such as searching the marketplace for the right product and negotiating its purchase. The result is that most corporations concluded it was more cost-effective to perform as many functions as possible in-house.

But times have changed. Digital technologies slash transaction and collaboration costs. The result has been that vertically integrated corporations have been unbundling into focused companies that work together. The mantra “focus on what you do best and partner to do the rest” is serving most leaders of the global economy well. In the past a company would outsource functions and ask for weekly or monthly status reports. Today the status reports are 24/7 as companies integrate their networks. Rather than offloading a process, open companies now collaborate.

Conventional wisdom holds that human capital is something closed within a company. Firms are exhorted to hire the “best people,” and to motivate, develop and retain them, since human capital (employee base) is the foundation of competitiveness. This is, after all, the knowledge economy and “a company’s most important assets get on the elevator every night.”

This was especially true in the way companies developed new products and services. For most of the twentieth century, innovation happened inside the firm. Today, smart firms, including very large ones, recognize that innovation often begins at the fringes. The old notion that a company had to attract, develop and retain the best and brightest inside its corporate boundaries is no longer credible. With costs of collaboration falling precipitously, companies can increasingly source ideas, innovations and uniquely qualified minds from a vast global pool of talent.

Today we see a number of radical new models of peer collaboration and production that are successfully challenging traditional corporations. Two examples are the pioneers who created open-source software such as Linux and collaborative sites such as Wikipedia. These initiatives demonstrate that thousands of dispersed volunteers can create fast, fluid and innovative projects that outperform those of the largest and best-financed enterprises. Similarly, smart companies such as Amazon are opening up their products and technology infrastructures to create an open stage where large communities of partners can create value, and in many cases, create new businesses. And in what Anthony D. Williams and I call the “global plant floor,” manufacturing intensive industries are giving rise to planetary ecosystems for designing and building physical goods, marking a new phase in the evolution of peer production.

In this new context, the traditional model of recruiting, managing and retaining employees is clearly outdated. The overriding factor today is engagement. Organizations must build a positive presence in the minds of employees and dynamically engage them throughout their employment years. Companies should encourage those who need a change of scenery and exciting new developmental opportunities to work for business partners, while continuing to maintain ties through alumni groups and other types of networks that can provide ongoing feedback and support for corporate initiatives.