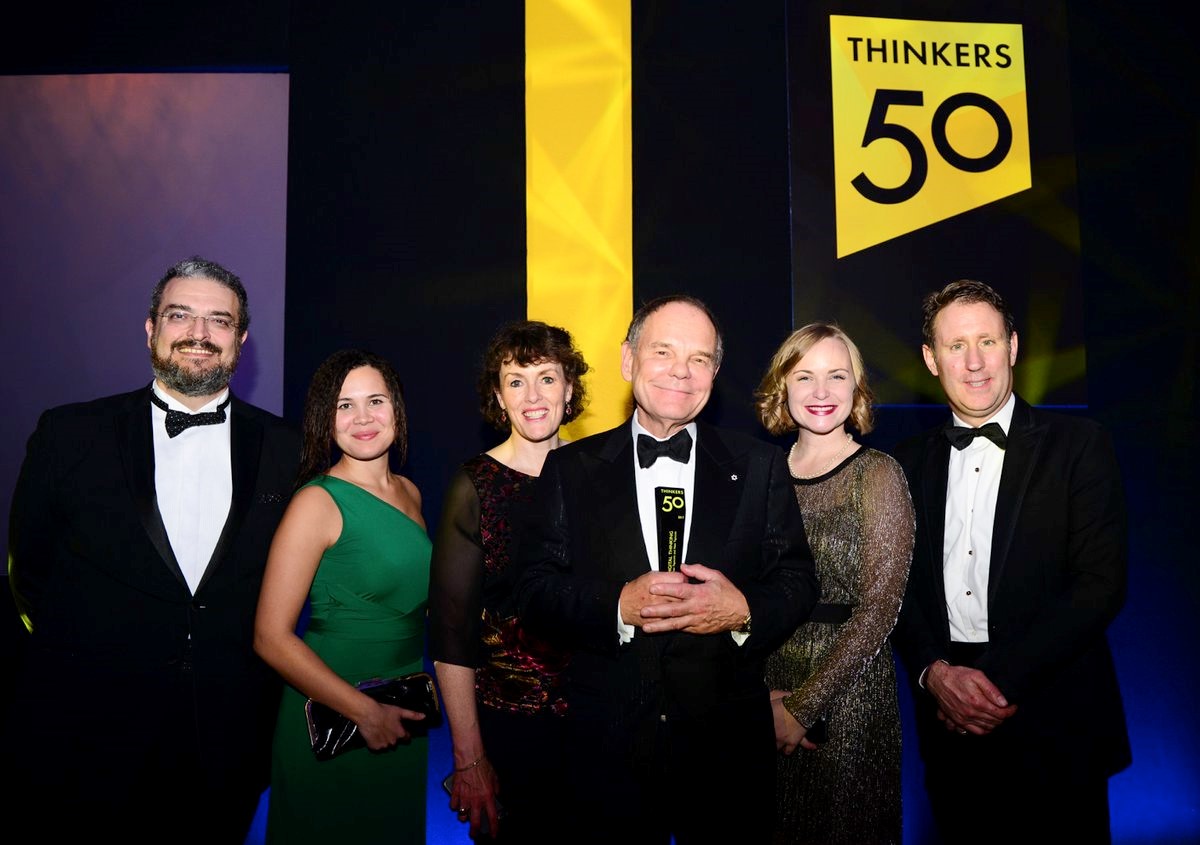 Tapscott named the world’s most influential digital thinker by Thinkers50

Don Tapscott has been named the world’s most influential leader in digital thinking, as well as the second-most influential living management thinker overall, at the Thinkers50 awards ceremony and gala.

Founded in 2001, Thinkers50 provides a definitive list of the 50 most influential thought leaders in the world, published every two years. They also provide special awards for leaders in categories such as strategy, innovation and digital thinking. Previous winners include Peter Drucker, CK Prahalad and Clayton Christenson.

This is the ninth publication of the Thinkers50 rankings, and the fourth time Tapscott has been included in the top ten. The number one rank this year was claimed by former Rotman School of Management Dean Roger Martin, making this the first year that both the first and second-place rankings are held by Canadians.

At the gala, Don was also honoured with the “Digital Thinkers Award” alongside his son and co-author, Alex Tapscott, recognising them as the most important thinkers about the digital age in the past two years for their work in Blockchain Revolution.

“This is, among other things, a vote of confidence from the thought leadership community in the potential of blockchain technology to change management,” said Don Tapscott.

“It is my hope that this will encourage even more people to think about the ways blockchain can be used to build a better, more prosperous world for everybody.”