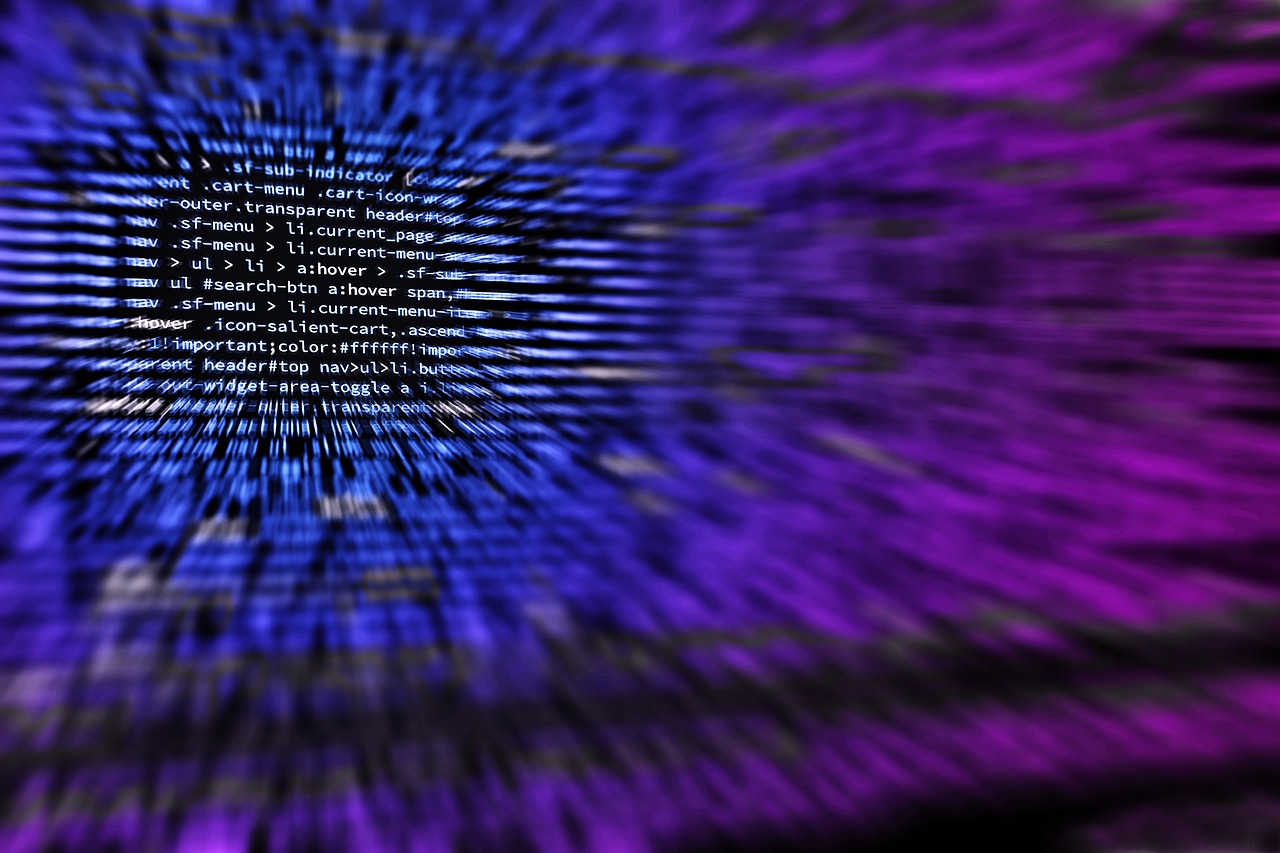 The following is a review of Coders: The Making of a New Tribe and the Remaking of the World, by Clive Thompson. The original, abridged version was published last week in the Globe & Mail.

Digital technologies surround us, and we all know there are digital criminals that can hurt us. They include identity thieves, phishers, spies, zombie farmers, hackers, cyberbullies, and data hostage takers. (I’m constantly battling impersonators on social media who are trying to entice my network into some cryptocurrency scam.)

However, we don’t know much about the tens of millions of other digital technicians that are the good guys. They write the underlying algorithms encoded in software that set the hidden, implicit or explicit rules governing our digital existence. These coders create the pervasive algorithms embedded in the technologies of work, play, commerce, learning, social media, and entertainment.

Given the mounting concern about the impact of digital technology on our lives, it would be good to know more about the people who are building our digital realities.

Journalist Clive Thompson’s lucid, yet breezy new book — Coders: The Making of a New Tribe and the Remaking of the World— is a great way to learn. Thompson is a gifted seer of the digital age, and a brilliant writer for publications such as Wired and The New York Times magazine.   He examines who the coders are, their culture and what makes them tick.  He tells great stories.  The first female coder to work at Facebook, ended up creating the iconic “Newsfeed” capability. She immediately loved her job, and CEO Mark Zuckerberg’s motto of “Move fast and break things.”  Users hated the Newsfeed but they held the course and now it’s foundational to everything there. Compared to traditional coding work, “It was different, it was vibrant, it was alive.”

Coders are not typical office employees like those who work in marketing or accounting. Thompson identifies some of common traits of the coders who are building the world today.  He finds that they deeply prize efficiency, loving the feeling of taking something slow and repetitive and automating it. They’re in a constant war with bugs and errors, and their code is often failing and breaking, so they have “a masochistic ability to endure brutal, grinding frustration.” More often than not they’re more lean towards being introverted, and prefer to work in long, immersive dives into programming. He finds they work rhythms are less like typical white-collar workers and more like novelists or artists: They want to be left alone while they build things in their heads. They’re an increasingly diverse bunch these days, personality-wise; the hackers who work on crypto are often deeply concerned about civil rights, and the world of front-end design has attracted some highly artistic types.

Recognize anyone in your organization?

But in the world of Silicon Valley and its “big tech” companies, which is predominantly young and male, he finds the stereotype of the “arrogant and dickish” coder can indeed often hold true. Often when working with a startup — particularly in the hothouse of Silicon Valley, where venture capitalists push for rapid, planet-wide growth — coders see their lives as David versus Goliath and want their employer to conquer the world, a laFacebook or Uber.

There have been four waves of coders in the past six decades, and with detailed and juicy interviews and profiles, Thompson provides great insight into the behaviour and motivations of each generation. The first wave worked with companies such as IBM in the late 1950s and 1960s. They wrote the code to run the big mainframes. In sharp contrast to today, many of these programmers were women. Their enormous contributions have largely been forgotten.

The second wave of coders were the “hackers” of the ‘60s and early ‘70s. Thompson says these were the “renegades — the ones who wrestled computing away from dour, restrictive institutions.” They would use computers to do things that were whimsical or creative, such as playing music or games of chess. Code was a form of artistic expression.

The third wave in the ‘80s saw the arrival of personal computers, such as Commodore and Apple. Teenagers started to get involved. Video games arrived, and computers became a way to interact with the outside world. This would pave the way for the arrival of AOL and in turn the World Wide Web in the mid-1990s.

The fourth wave is the often-aloof coders of today. To be sure, many coders and companies develop software and algorithms that serve the public good, such as when they save lives or make transit systems more efficient. Some coders work in the open-source community, volunteering their brainpower to improve Linux, the world’s most popular operating system.

Nevertheless, Thompson argues that we should be concerned about some of the predilection of today’s coders.  They tend to be myopic – obsessed with the efficiency of their code, and ignoring what the code is doing. (There are exceptions to this. He tells a striking story of how  Google employees were unhappy  when it came to light that Google had agreed to do an Artificial Intelligence project for the Department of Defense. They organized a petition and protest that was supported by thousands of Google employees, and the company subsequently dropped the contract.)

The problem with coding myopia is that not all software is in our interests as users and citizens.  Consider the time we spend online with Facebook, Google, Twitter, Instagram, Apple and other social platforms. Instead of money, they acquire our data, time and attention so they can target us for compelling advertising and incent us to stay on their platform. Coders devise many clever ways to do this, and we don’t know when it is happening.

A coder told Thompson that there is often a fundamentally adversarial relationship between today’s coders and users. Coders are constantly trying to trick or nudge users into compulsive behaviour. It works because the nudges are subconscious, or algorithmically invisible.

Thompson writes: “The `ech firms would pepper us users with alerts, trying to interrupt doing other tasks, to get us to come back to the mother ship. They’d slap little ‘quantification’ numbers everywhere to stoke our curiosity and our desire ‘to clean things up.’ You have 14 new items in your news feed. What could they be? And they’d make all these alerts bright red, to increase the chances we’d pounce on them.” It may be bad for us, but we certainly lap it up. Big tech defenders say they simply provide what the market demands.

I describe our current relationship with big tech as digital feudalism.  In medieval times, nobility owned vast amounts of land. Serfs worked the land to create value but had most of the value confiscated by the landlord. Today the new asset class is data — created by us but captured by digital landlords such as social media companies, search engines, governments, and banks. “Surfing the Internet,” has become “serfing the Internet,” throwing off our data for the Internet landowners to expropriate and monetize.

Back when the World Wide Web first arrived, a big buzzword was ‘stickiness.’ It meant that a website held our attention for long periods. However, stickiness had constraints. We went online for an hour or two a day, via a desktop computer at home or the office. We didn’t have the computer beside us when we ate dinner, watched TV, went out with friends, or went to bed.

Flash forward 25 years, and we all carry supercomputers in our pockets. With the advent of the smartphone, sites like Facebook are within easy reach 24/7. As a coder told Thompson, “Before mobile, the Internet was bounded in a place, because you could step away from it and close the laptop. But once it was in your pocket, it was a firehose.”

We are some twenty-five years into the global Internet era, but already we’re losing control over our digital experience.  We don’t know the underlying rules of how things work. We need to better understand the underlying algorithms that lock us in, and affect and shape our behaviour.

For example, we’ve only just begun letting corporations harvest intimate details of our personal lives. Coming up fast for big data collection and analysis are personal health and fitness data (courtesy of voluntary self-monitoring), our daily comings and goings (communicating vehicles and smartphones), and the inner lives of our homes (home network ‘ecosystems’). We need to take control of such data – our “digital identity” – and manage it responsibly in our interests.

In a chapter entitled Scale, Trolls, and Big Tech, Thompson writes that only deep, structural change can seriously alter the trajectory of big tech. “The major tech firms all accrued the same power – and developed the same problems – because of the structural forces governing code: who writes it, who funds it, and how it makes money.”

Thompson poses an interesting dilemma.  If the software of a company or government is in harmful to citizens and undermines our rights, what is the responsibility of coders? Should they examine the morality of the end product when they choose where to work? When I spoke to Thompson about this, he notes that there is a strong code of behaviour among physicists that was galvanized with the first use of a nuclear weapon. Says Thompson: “Perhaps coders haven’t had their Hiroshima yet.”